I borrowed this survey from one of my favourite bloggers Sergio Leone and The Infield Fly Rule. They are always fun to do and as usual there are some questions I couldn’t fill out as accurately as I might want to but it helped with my quarantine isolation idleness. Hope you enjoy.

1) You’re on a desert island (and you sort of are)—What three discs do you select out of your own collection to keep if you had to get rid of all the rest? Tokyo Story, It’s a Wonderful Life, Horse Feathers

4) The most memorable place you ever saw a movie. This could be a film projected on a big screen or seen in some other fashion—the important thing is what makes it memorable. The old Calgary Drive-in which was a staple for summer movie viewing. The movies weren’t always good, but I loved the experience of going with my family to the drive-ins. Always had double features, we wouldn’t get home till 2:00am.

5) Marcello Mastroianni or Vittorio Gassman? I feel I haven’t seen enough of Gassman’s work, but Mastroianni is someone I have greatly admired in his screen work.

6) Second-favorite Kelly Reichardt movie. Of the two I’ve seen, I’d say Wendy and Lucy which I admired very much. My favourite is Meek’s Cutoff. I still have to catch up with the rest of her films. I was looking forward to First Cow before the pandemic started.

7) In the matter of taste, is there a film or director that, if your partner in a relationship (wife/husband/lover/best friend) disagreed violently with your assessment of it, might cause a serious rift in that relationship? Luckily I have a partner with very similar tastes as me, but if she downright did not like films by Ozu, Lubitsch, or Buster Keaton, I guess we would need to have it out. 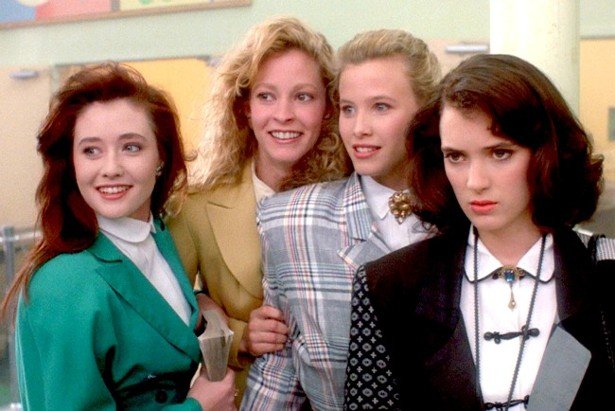 9) Name a movie that you just couldn’t face watching right now. I honestly don’t understand the people who are watching Contagion at the moment. Most people I feel suffer from some sort of fear or anxiety so wouldn’t this film just escalate it?

10) Jane Greer or Ava Gardner? Ava Gardner is great in the films I’ve seen her in, but Jane Greer I suppose gets bonus points for having a recurring role on Twin Peaks 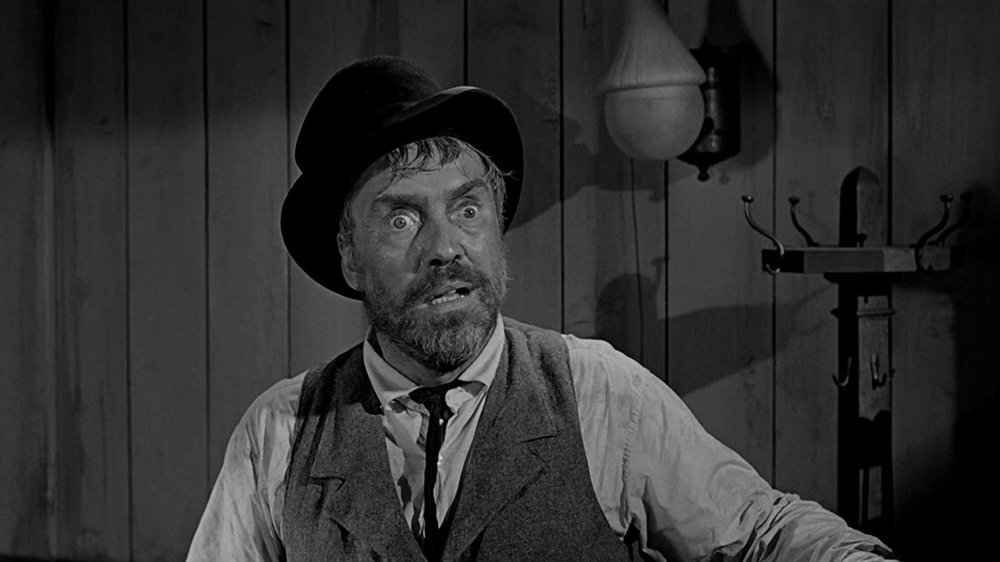 11)Edmond O’Brien or Van Heflin? Edmond O’Brien for sure. Never been a fan of Heflin to be honest, but O’Brien is very memorable in numerous film noirs as well as Mr. Peabody in The Man who Shot Liberty Valance.

12) Second favorite Yasujiro Ozu movie. Late Spring is always battling between Tokyo Story for 1st and 2nd, but for the purpose of this survey, I’ll include it. Good Morning, Late Autumn, I was Born But…, and Tokyo Twilight are runners up.

13) Name a proposed American remake of an international film that would, if actually undertaken, surely court or inevitably result in disaster. I’ll say Bresson’s Au Hasard Balthazar, mostly because I feel the American’s wouldn’t capture the nuance of it, and probably give the donkey a voice over or something. 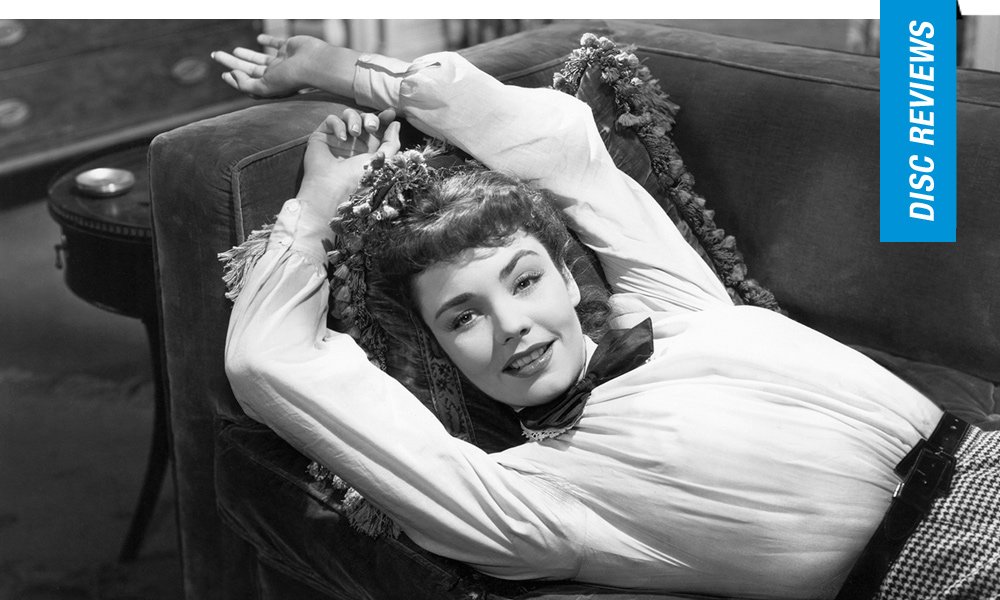 14) What’s a favorite film that you consider genuinely subversive, for whatever reason? A recent watch for me but a new favourite is Cluny Brown. It dismantles social structures and gender roles in a way that still feels fresh and for a modern audience.

15) Name the movie score you couldn’t live without. Off the top of my head, Three Color: Red,

16) Mary-Louise Weller or Martha Smith? I can’t say I am familiar with either’s work.

17) Peter Riegert or Bruce McGill? Bruce McGill is a character actor who I think makes films better (See The Insider/Lincoln)

18) Last Tango in Paris—yes or no? I’m curious to see it still so yes. 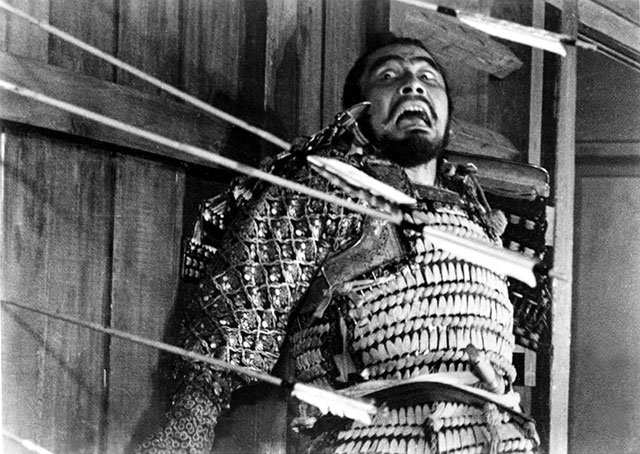 19) Second-favorite Akira Kurosawa movie. It might be Throne of Blood. First: Seven Samurai

20) Who would host the imaginary DVD commentary you would most want to hear right now, and what would the movie be? One of my favourite critics is Jim Emerson who sadly doesn’t seem to write anymore from what I see. I would love to hear audio commentary from in on any Coen Brothers film but mostly either Miller’s Crossing or No Country for Old Men. His critiques on those films probably made me love them more than I already did. He would be my choice to write any definitive book on the Coen Brothers.

22) Second-favorite Planet of the Apes film (from the original cycle). I’ve only seen the original. I’ve never really been a big fan of it.

23) Least-favorite Martin Scorsese movie. Probably Boxcar Bertha mostly because it feels like a film which could’ve been made by anybody, where as his other films have his own special signature. 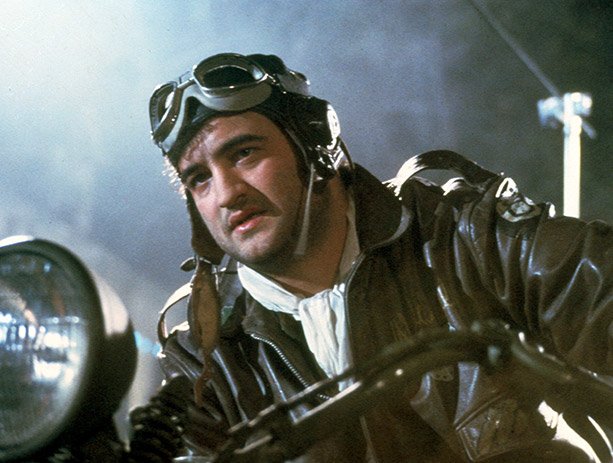 24) Name a movie you feel doesn’t deserve its current reputation, for better or worse. I don’t get the cult who think Shawshank Redemption is the greatest film of all time, and I also wish people would embrace 1941 as the masterpiece it is. 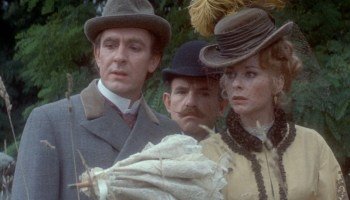 25) Best movie of 1970. (Fifty years ago!) There’s a lot to choose from, including some established classics, but my vote my go to Billy Wilder’s The Private Life of Sherlock Holmes.

26) Name a movie you think is practically begging for a Broadway adaptation (I used this question in the last quiz, but I’m repeating it because I never answered the quiz myself and I think I have a pretty good answer) I mean watching The Greatest Showman I feel there will be a demand for one very soon.

28) Second-favorite Pier Paolo Pasolini movie. Would you believe I’ve never seen one of his films?

29) Name three movies you loved in your early years that you feel most influenced your adult cinematic tastes . It’s a Wonderful Life, The Shop Around the Corner, King Kong

30) Name a movie you love that you think few others do. I really liked Blackhat

31) Name a movie you despise that you think most others love. The Goonies

32) The Human Centipede—yes or no? Not for me sorry. 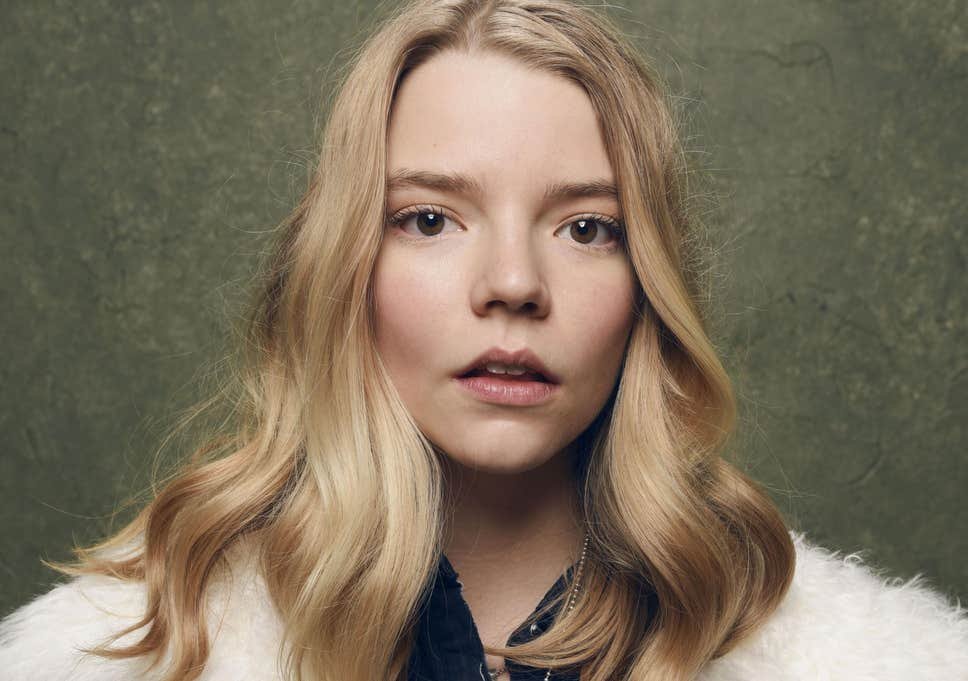 34) Johnny Flynn or Timothée Chalamet? Chalamet is a curious actor, I’m intrigued more by him. 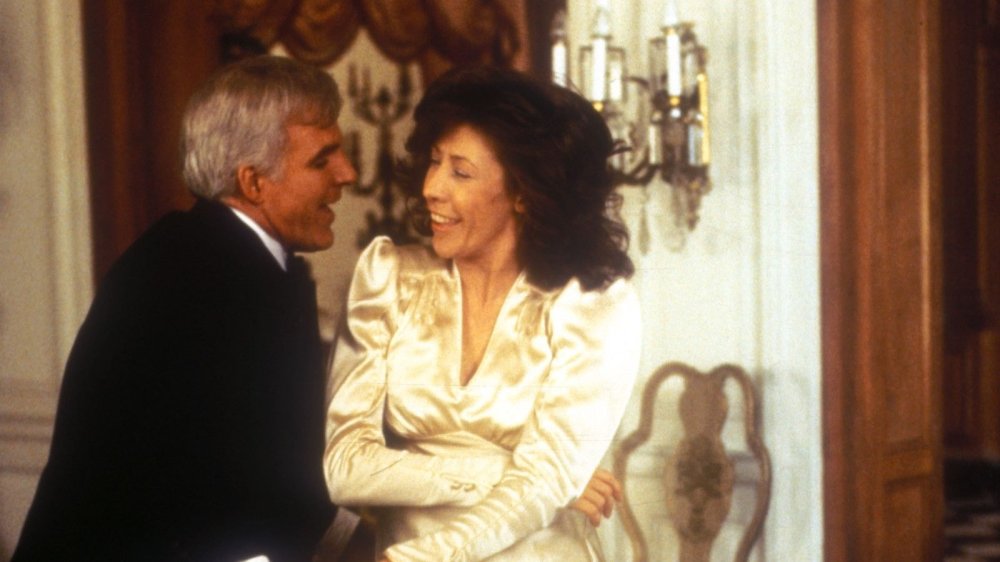 36) Name a movie you haven’t seen in over 20 years that you would drop everything to watch right now. All of Me, which is literally one of my favourite comedies, but I’m waiting for a decent blu-ray or DVD to purchase.

37) Name your favorite stylistic filmmaking cliché, and one you wouldn’t mind seeing disappear forever. Lease favourite: Bullet time fighting, Favourite: Perhaps when someone uses a needle drop of pop music, or a rock song to add energy to a scene. It usually works on me.

38) Your favorite appearance by a real-life politician in a feature film, either fictional or a fictionalized account of a real event. You don’t see his face, but I thought Nixon’s voice in The Post was quite effective.

39) Is film criticism dead? I don’t think so, I have to remind myself to stop reading twitter because hot takes make you think nuance is dead, but there are still people still read who remind me good criticism is alive and well.

43) Horror film that, for whatever reason, made you feel most uncomfortable? For better or for worse Midsommar

44) Least-favorite (directed by) Clint Eastwood movie. It’s been awhile since I saw it but The Rookie is a film I thought was hot garbage.

45) Second-favorite James Bond villain. Robert Shaw’s Donald Grant in From Russia with Love, which is second only to Rosa Klebb from the same movie who is just a bit more sinister.

46) Best adaptation of a novel or other form that had been thought to be unfilmable.Stanley Kubrick’s version of Lolita 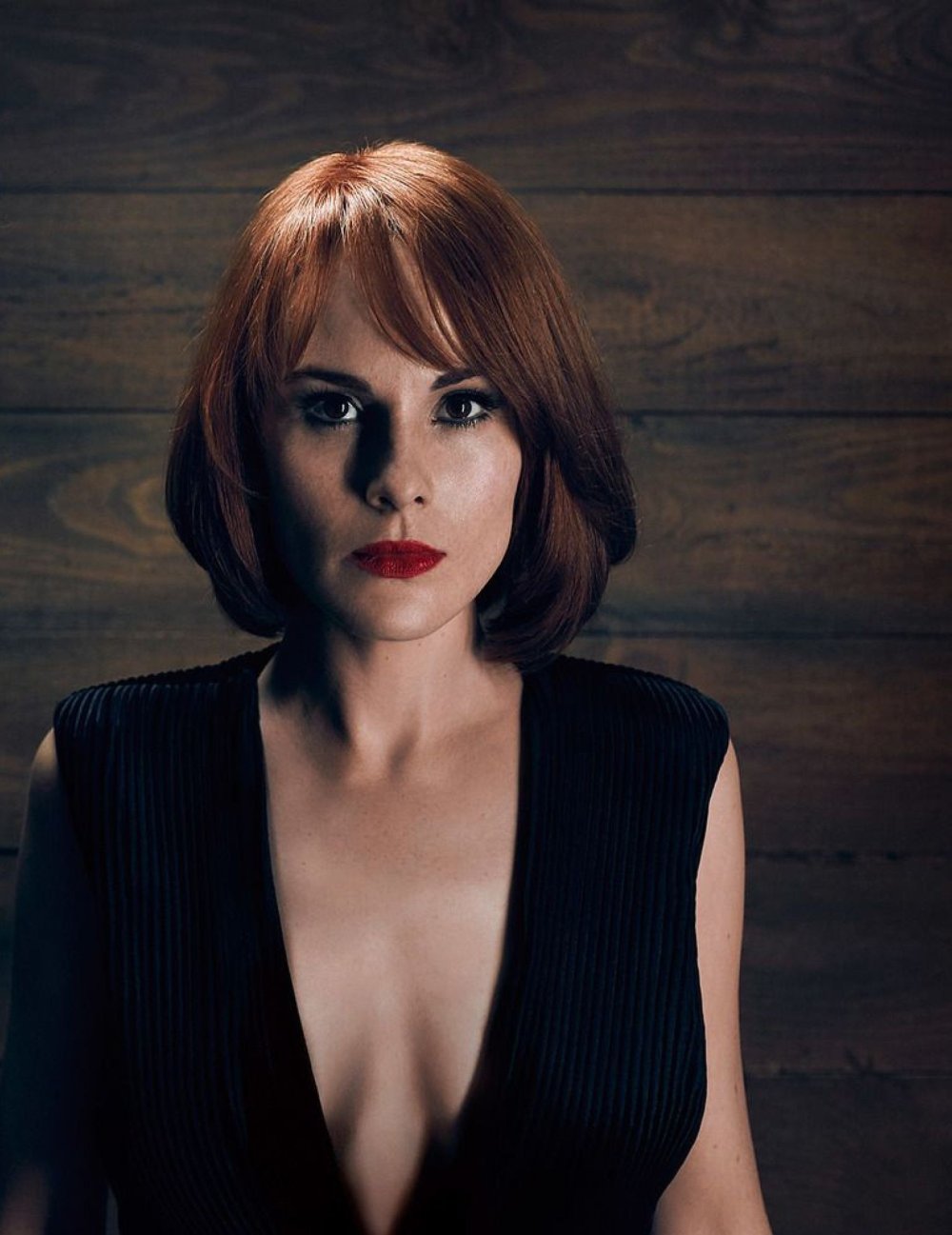 47) Michelle Dockery or Merritt Wever? Dockery since my girlfriend got me hooked on Downton Abbey

48) Jason Bateman or Ewan McGregor? McGregor is always great to see in films, but Bateman starred in Arrested Development which is one of my favourite sitcoms ever so I have to give him the edge.

50) What’s the movie you wish you could watch with a grandparent right now? And, of course, why? I remember my grandma saying how she loved Fred Astaire. This was before I ever saw a Fred Astaire movie. Now that she’s gone, I wish I could watch something like Top Hat with her. 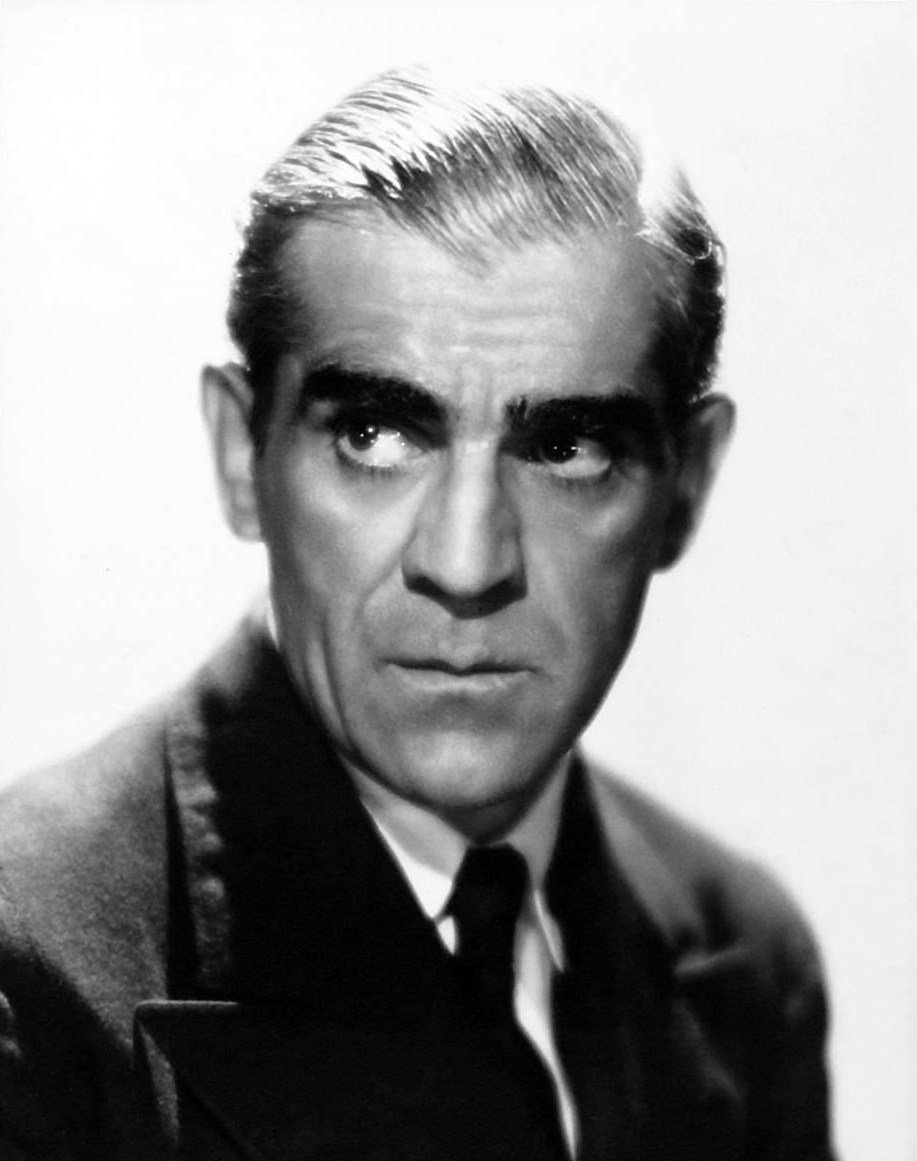 52) Name the actor whose likeness you would proudly wear as a rubber latex Halloween mask. Boris Karloff.

53) Your favorite cinematographer, and her/his greatest achievement. I don’t know if I have one but I think Greg Toland did wonderful films and I would probably put The Grapes of Wrath as his greatest acheivement.

54) Best book about the nitty-gritty making of a movie. Orson Welles’ Last Movie, which is about The Other Side of the Wind. I read it about a year or two the film was released on Netflix, and just the account of what went on made you think it’s a miracle we got any film at all.

55) If you needed to laugh right now, what would be your go-to movie comedy? My go-to has always been The Marx Brother, lately I’ve been thinking of A Night at the Opera.