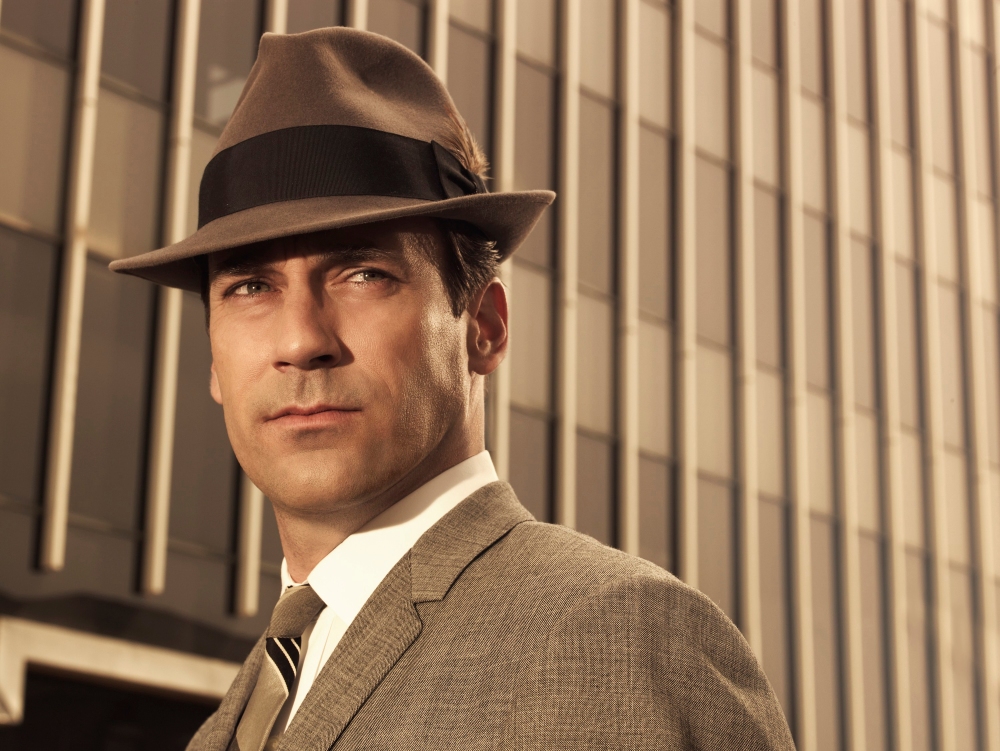 For those of you unaware, “Mad Men” finished its run almost a year ago, yet I have been playing catch up re-watching it from the beginning to its finale to get the full Don Draper experience. I can say without a doubt “Mad Men” may be the richest television show I have ever seen, although keep in mind, I have missed the boat on some of the most acclaimed shows in this newly anointed golden age of ours.

I chose to watch “Mad Men” because it sounded right up my alley, I love period pieces, and the stylish look of the show caught my eye right away. Maybe it’s a fault of mine, but I’ve been reluctant to fall into the binge watching craze of our current zeitgeist, it took me awhile to warm up to the idea. “Mad Men” seemed like the kind of show for me where I could dip my toes in and see how I would like it.

I started on season one which took me some getting used to, the show itself set a certain pace that didn’t feel like the norm. I suppose dramas like “24” and “Lost” which could be considered more plot driven, set a standard for how binge watching shows should be done, the idea was to leave the viewer hanging with some sort of a cliffhanger in order for them to tune into the next episode. “Mad Men” wasn’t like that, it played to the beat of a different drum, it had a strong focus on character, relationships, tone, and atmosphere. There was an arc to the show but it was not based on a certain plot, it became more organic which brought out a fullness to its world. Once I got into season two, I eased into this type of story telling  and nuanced characterizations and was hooked, I was a “Mad Men” fanatic.

The main story arc of “Mad Men” concerns the character of Don Draper played to perfection by Jon Hamm, although it can be said it is an ensemble piece. This, I think is the show’s main strength, although Don is the link to everything, you never minded it when other characters stole focus. The show left time open for other intriguing people like Elizabeth Moss’ Peggy Olsen, Christina Hendrick’s Joan Harris/Halloway, January Jones’ Betty Draper/Frances, Vincent Kartheiser’s Pete Campbell, or John Slattery’s Roger Sterling.

The show was also aware of the passage of time, the characters got older, sometimes changing with the times, sometimes being  out of touch with it. The ensemble grew as well with Jessica Pare bringing in Megan Draper, Jared Harris as Lane Price, and Kiernan Shipka as Sally Draper.

Being set in the 1960s, the show was a doorway into probably the most fascinating time in modern American history often being the backdrop for political assassinations, civil rights movements, early feminism, and Vietnam. At times the show felt like a portrait of the changing of the guard from Don’s older generation, to the more youthful generation represented by people like Peggy who becomes Don’s mentor.

Throughout its run “Mad Men” wasn’t the sunniest show on television, it usually wallowed in the self pity of Don Draper who was a womanizing, hard drinking ad executive with a very dark past. Don joined the ranks of Tony Soprano and Walter White as the typical anti-hero you were supposed to love to hate, or hate to love, or just hate, or just love. I think throughout the show, I never hated Don, if anything I guess I felt sorry for him. He was a self-loathing, self-hating sociopath, he did terrible things, but all the while I was hoping for him to find some peace.

By the time I got to the show’s finale, I felt there was a change with the tone of the entire show. “Mad Men” did become a bit sunnier in its portrait of Don, as if he was coming out of a long dark tunnel. The final image of the show is something I won’t spoil for people who still have yet to see it, and although there have been write-ups about what it’s all supposed to mean, to me I left it with a feeling of hope which is something I never thought I would feel at the end of a show of this type.

“Mad Men” was created by Matthew Weiner who wrote for “The Sopranos”. You can tell he has a love for his characters. Everyone on “Mad Men” is no saint, and there are a lot of despicable things that go on throughout the run of the show, but by the end Weiner seems to be telling us that everyone has reasons for who they are and what they do. The finale itself deals with this idea of empathy and being able feel for someone else, it’s a fitting message for a show full of a bunch of screwed up individuals trying to find their way in this world the best they can.

“Mad Men” ends in a way I always love, and that’s imagining these characters carrying on, with a life that we’ll never see but can only imagine, the show may be over, but their story continues. If Weiner wanted to, I’m sure “Mad Men” could have continued with more seasons if he left us with an endless mine open to be dug.

I’m sure enough has already been written about “Mad Men”, I just wanted to add my two cents even though it’s about a year too late. In years to come, I’ll probably want to revisit the show again. I’ll want to see what’s up with Don, Peggy, Joan, or Roger, even though it’ll all be familiar to me. But it’s what makes a favorite show like this so special, you want to return to it to spend time with these people, even if they’re not perfect,  but then again nobody is.